Welcome to Rhodes, the capital of the Dodecanese, an island which is ideal not only for those who want to relax but also for those looking for an action-packed holiday! With its bright green hills, rich green valleys and uninterrupted line of golden beaches, Rhodes is truly a blessed place. Add in the excellent facilities for tourism, the island’s special blend of cosmopolitan and traditional, and numerous cultural and archaeological sites and you’ve got the perfect holiday.

On a hill approximately 131 metres above the village of Kritinia, northern Rhodes, stand the ruins of a medieval castle. With elements of Byzantine and Venetian architecture, this castle was constructed by the Knights of Saint John. It was originally built on three levels and each level was assigned to a different Grand Master.

St Pauls Bay is a picturesque bay just south of Lindos on the southeast coast of Rhodes. It is claimed that St Paul landed here in the year 51 AD to preach Christianity to the Rhodians. The small church built on the hillside is a very popular wedding location, most likely because of the beautiful views of the bay and Lindos Acropolis. There are two beaches in the bay. The large beach in the southern end is a manmade beach with golden sand. The smaller beach at the northern end of the bay is a mix of sand and gravel. Facilities at both beaches include sun loungers, sun shades, toilets and a café. Parking is possible close to the beaches. The beaches in St Pauls Bay are relatively uncrowded and very relaxed.

Nestling at the foot of a steep rock and beautifully surrounded by the sea lies the traditional settlement of Líndos; on the top of the same rock stands a centuries-old acropolis, proudly overlooking the archipelagos. The acropolis bears silent witness to Líndos’ glorious past, a major naval power of ancient times which reputedly had a population of 17,000. The landscape of Líndos encapsulates the essence of Rhodes: a surprisingly felicitous blend of ancient and medieval! With 600,000 visitors annually, Líndos competes with Delphi as the second most visited archeological site in Greece. Enjoy it!

The Windmills of Mandraki are located on the wave breaker of Mandraki Harbor in Rhodes. These medieval windmills were used to ground the grain that came from the commercial ships docking in the harbor. It is believed that there were once 13 or 14 windmills, but most of them have disintegrated over time. Three of these beautiful structures have been renovated and stand as majestic reminders of times past.

Sunset at the Temple of Poseidon, Cape Sounion, Greece 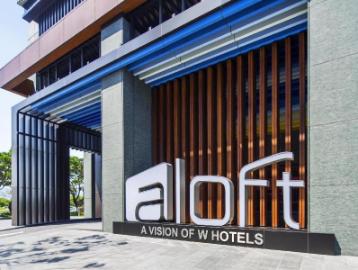 Make sure this account has posts available on instagram.com.

Tweets by @thespgtraveler
The Penthouse at the Hotel King George, a Luxury Collection Hotel, Athens

Destination Verbier, Switzerland. Not just a a winter destination
Scroll to top